Hiya!  I don't know about you but sometimes I get struck by inspiration when I'm not looking.  I have watched the movie Encanto at least three times lately.  It just makes me happy.  Then one night I couldn't sleep and my brain had an ah ha moment!  So, I set about translating the inspiration simmering in my brain into reality. 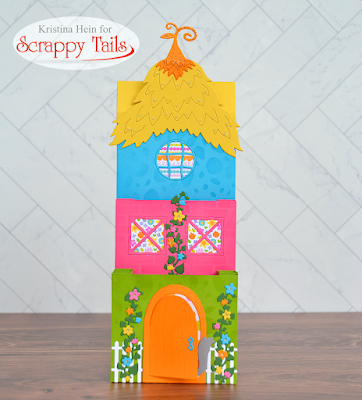 Are you excited yet??  Let's chat!
I was able to use elements from several different Scrappy Tails Crafts dies to bring this creation to life.  The most important set to start with is the Slimline Flower Stand Pop Up set.  I knew I wanted to have windows on two of the layers and a door on the bottom.  That meant I would need to make custom sized support posts for the middle and front layer. 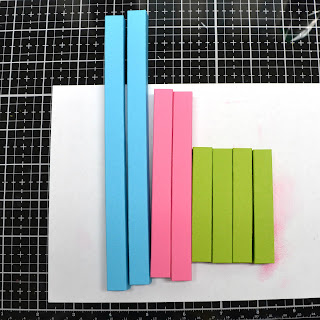 Once I knew the height I could cut the panels as well.  And then I had a pile of pieces! 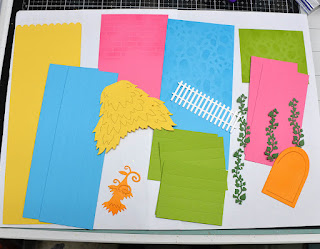 I added stencil detail to the three main panels.  I cut two pieces of cardstock to use as stencils.  One was cut with the Slimline Brick Background die and one from the Slimline Cobblestone die.  I used the cobblestone stencil on the back panel and the front panel.  For the middle pink panel I used the brick stencil. 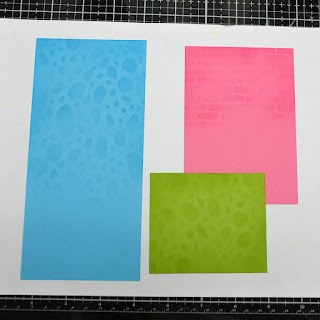 Now, to create my windows in the blue and pink panels I used the window dies from the Slimline Fairy House dies.  I glued pieces of paper from an older Doodlebug paper pad called Simply Spring.  Then I glued the window pieces back into the openings.
Let's start building!  I used liquid glue to adhere my first set of posts to the yellow back/roof panel. 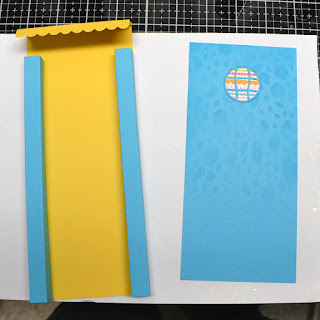 Then I glued the blue panel on top.  I also added a roof and topper using more dies from the Fairy House add on set. 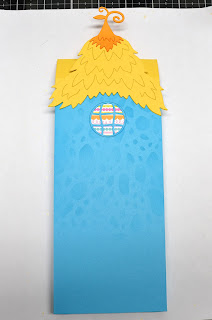 I repeated the same steps for the pink panel.  Cut out windows.  Add paper.  Glue on posts.  Glue on panel. 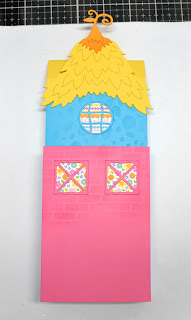 For the very front panel I had a few more things to do.  Instead of windows I cut out an orange door.  I still added pattern paper behind it but didn't add it to the panel quite yet.  I cut a white fence using the fence die from the Garden Stand Flowers dies set.  I glued it to the green panel.  Now I added the door.  Next I tucked in a gray kitty and a butterfly from the Garden Stand Animals die set.  Then I added the green vines I cut from the Garden Gate dies set.  I cut several colors of flowers from the same die set and glued them on to the vine. 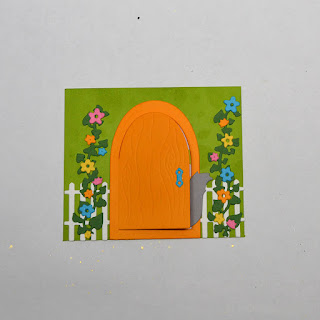 And then the final steps!  I added a vine to the middle panel and some flowers.  I used Crystal Stickles in the flower centers, along the roof sections and on the little butterfly. 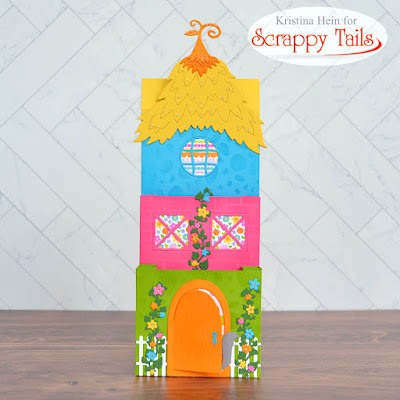 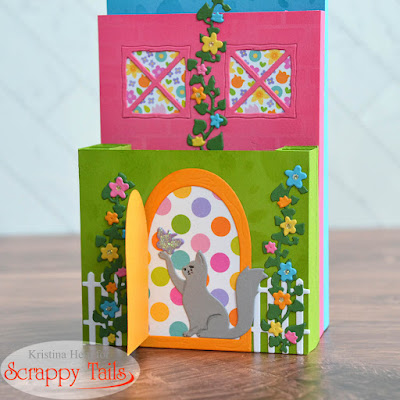 And here is a view from different sides. 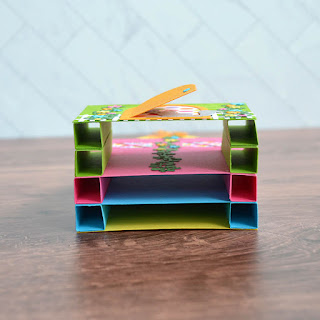 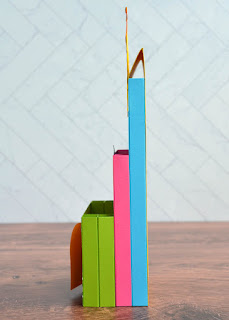 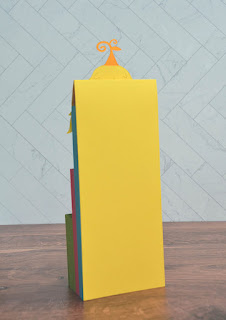 And a few close ups. 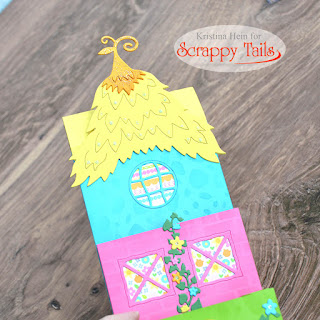 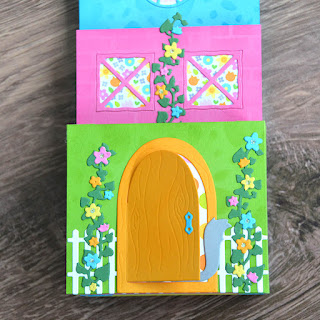 And there you have it!  One Encanto inspired slimline pop up card!
Thanks so much for visiting.  Hope to see you again soon!
~Kristina
Compensated affliate links may be used - I may receive a small commission at no additional charge to you should you make a purchase using my link.
Posted by Kristina H at 9:00:00 AM